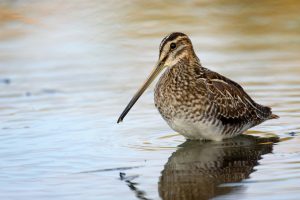 plumage and distinctive long, straight beak. It is a well camouflaged shy bird that conceals itself close to ground vegetation. When flushed, they utter a unique alarm cry and fly away in a zig-zag pattern to confuse predators.

They are a well-established resident breeding species in Ireland and Britain and breed widely across Europe in habitats such as bogs, marshes, tundra and wet meadows.

As autumn progresses into winter, the resident snipe in Ireland and Britain are joined by migrants from northern continental Europe, Iceland and the Faroes to become our most widespread wading species. These winter migrants begin their arrival in August and disperse to a broad range of lowland and upland habitat where they remain throughout the winter period. They return to their breeding grounds in Spring. 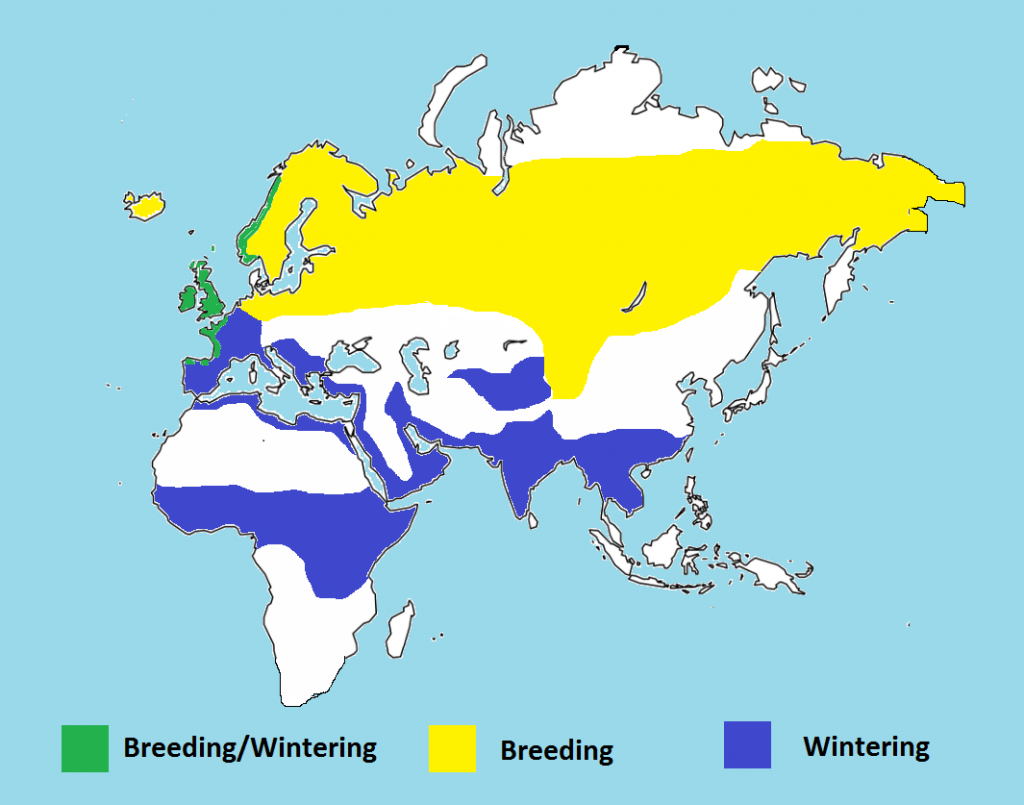 Feeding: Snipe feed on small invertebrates, including worms and insect larvae where they employ their specially adapted bill to probe wet soft ground.

Conservation Status: The European breeding population is flagged as Least Concern in the Global Red List of Birdlife International and the International Union for Conservation of Nature (IUCN) due to its extremely large breeding range, however, the local breeding range in Ireland and Britain has undergone a moderate decline in recent decades. This decline is undoubtedly due to habitat loss through drainage and afforestation of moorlands and bogs and as a result, the common snipe has been added to the Amber list of breeding birds on both islands. 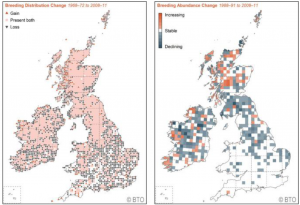 Snipe declined as a breeding species in many 10km squares in southern Britain and southern and eastern Ireland between 1968-72 and 2008-11. There has also been a marked decline in abundance where the species is still present. Maps produced as part of Bird Atlas 2007-11 (British Trust for Ornithology, Scottish Ornithologists’ Club and Birdwatch Ireland)

Ringing Snipe has taken place since 1909 and is a valuable tool that provides vital support for conservation efforts as it helps to understand how these processes influence population sizes over time. The below map from British Trust for Ornithology, show all records of Common Snipe ringed in Britain & Ireland and recovered abroad (purple) and birds ringed abroad and recovered in Britain & Ireland (orange). 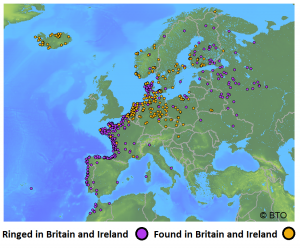